Oct. 26 webinar will focus on exceeding patients' expectations
"It's important for every member of the practice team to recognize that they have an effect on each patient's experience," said Dr. Terry G. O'Toole, chair of the ADA Council on Dental Pract
View all
Search 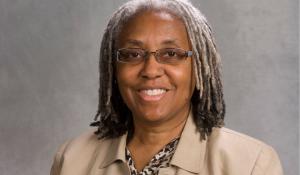 Got Aches and Pains? Dr. Pope-Ford Knows Why

It doesn’t matter if you’ve been practicing for a couple of years or for decades. A day next to the patient chair will strain your neck, shoulders, and back. Often, the repetitive stresses of daily procedures produce chronic pain and injury. Before things improve, though, dentists and manufacturers need a better understanding of how clinicians move.

Dr. Regina Pope-Ford of Bradley University recently put a dozen dentists through simulated tooth extractions, cavity preparations, mirror checks, and rubber dam applications using a motion-tracking system and electromyography to record the electrical activity in their muscles. She is still crunching the data, but several causes of pain were apparent.

“Dentists have to have their heads forward and looking down a lot, so they’re always going to have some neck issues,” she said. “When dentists are working on a patient, their heads are flexed and theirs neck are bent to the side, and their bodies are twisted. That’s not a comfortable position that any of us would hold for very long. But they hold it.”

According to Pope-Ford, static posture should not account for more than 5% of a body’s maximum voluntary contractions. Muscles need to move to avoid stress and strain. But most of the time, she said, dentists remain static for much longer than that recommendation. Due to the nature of their work, dentists have to remain still.

“No patient would like them if they moved around a lot,” she said. “A lot of focus and precision is required.”

Pope-Ford connected sensors to 11 different muscles, including the biceps, triceps, lateral anterior and posterior deltoids, pectoralis major, and trapezius. She found significant differences in muscle activity between working while sitting and while standing. When dentists are seated, for example, the trapezius and deltoids get the most activity.

“Dentists always say they want to sit down. They stand up on hard surfaces every day. We know that standing on hard surfaces is not good for us. It bothers our back and so, therefore, a lot of dentists elect to sit down,” she said. “Only one person stood up at least 20% of the time.”

While dentists typically stand only 10% to 15% of the time, sitting presents its own problems. Seated dentists have to raise their shoulders and reach more, producing more activity there and in their neck. Whether dentists are sitting or standing, though, they spend nearly all of their time in some constant position. She thinks dentists should alternate between sitting and standing more.

Grip is another area that demands attention. Pope-Ford’s sister, who is a dentist, told her that most instruments are sized for male clinicians. Female dentists often get cramps in their wrists and hands from handling these devices. Carpal tunnel syndrome and other disorders are potential dangers. Pope-Ford’s sister now practices pediatric dentistry, where the instruments aren’t as big.

Psychology plays a key role as well. Pope-Ford advises dentists to take frequent breaks from their work to give their muscles a rest. But dentists aren’t known for taking breaks. That’s because they can be under a lot of pressure to complete procedures and move on to the next patient, and they accept the pain.

The pressure to work comes from their sense of responsibility, Pope-Ford said. Dentists often not only need to support their own families, they also need to support their personnel by operating a successful and profitable practice. If dentists don’t work, then those employees aren’t working either.

“Dentists don’t take the time off to try and relax or maybe take a break and stretch or something during the day like they should,” Pope-Ford said. “They keep working because it’s a must. Too many people are dependent upon them.”

“Maybe that’s why the ones who were 30 years in didn’t have much difference in terms of muscle activity than those who had 2 or 10,” she said. Considering the physical demands of the job and the dentists’ own experiences with physical fitness, she added, clinicians should consider warm-up routines before performing strenuous procedures.

The equipment itself plays a key role in producing pain too, Pope-Ford said. For instance, many dentists don’t use loupes in their work, or if they do, they might use them incorrectly. Yet manufacturers play a role as well, and she calls on them to design stools, chairs, and other tools with better ergonomics in mind, eliminating physical pressures on the muscles that are used most often.

Pope-Ford’s work isn’t finished yet. She presented her research to the American Academy of Pediatric Dentists in May and will continue to network with dentists and suppliers, seeking volunteers for future studies as well as funding. Currently, she is reaching out to her previous subjects to inform them of her results and see if they have made any changes in their practices.

“I like doing research that has an impact on people. In industrial engineering, almost everything we do is tied to the individual,” she said. “I hope to alleviate or prevent injuries, and I enjoy the opportunity to interface with people. Engineering involves a great deal of theoretical research, but I like applied research.”